By Radhika Kashyap on February 25, 2020 in Events, Lectures & Discussions

‘All things should belong to one world’

A Project and a Story of Multiple Voices

Join Dr. Angelo Cattaneo for a compelling discussion on Fra Mauro’s mappa mundi (Venice, 1450) and his vision to build a fully connected world through an unprecedented ecumenical integration of maritime, fluvial, and caravan routes. Through a process of cosmographic imagination and by combining European, Arab, and Asian sources, Fra Mauro reformulated the very notion of “sea,” from a major metaphysical border of human action into the main stage of human activities.

Angelo Cattaneo is a Research Fellow in History at the National Research Council – C.N.R in Rome, Italy. He is the author of Fra Mauro’s Mappa mundi and Fifteenth-Century Venice (Brepols Publishers 2005) and author or editor of over a dozen other books and essays, on two main topics: the cultural construction of space, places and frontiers from the 13th to the 17th centuries and the history of cultural exchanges between Europe and Asia, with a focus on religion, missionary practices, and trade. 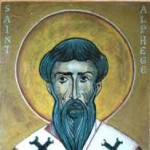 Built with WordPress Protected by Akismet Powered by CUNY